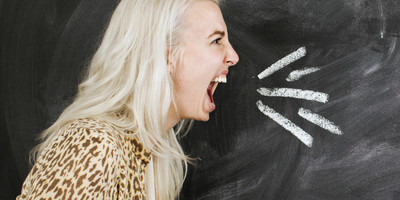 In 1995, the First Presidency released The Family: A Proclamation to the World, which included the following:

All human beings—male and female—are created in the image of God. Each is a beloved spirit son or daughter of heavenly parents, and, as such, each has a divine nature and destiny. Gender is an essential characteristic of individual premortal, mortal, and eternal identity and purpose.

So, gender differences are very important to the gospel plan. In today's post feminist society, traditional masculinity in particular has been attacked, distorted, and often deemed inferior or even deviant in comparison to being female and the female perspective. Traditional masculinity has included (but is not limited to) the following traits:

Whereas traditional feminine traits consist of the following:

A number of developments over time progressively led to a shift to challenge gender roles today. Certain technological and societal developments occurred that spurred women to adopt a more masculine approach to life, including pressuring men to adopt more traditionally feminine approaches and roles in life. Such developments were largely spurred in the beginning by female desire for greater work opportunities and equal pay, as well as other equal rights and opportunities previously enjoined mainly by men. Here are some key historical developments that have greatly led to today's gender shifts in the United States and much of the westernized world:

--1941-1945: with many men out at war, the women back home leave their homes and take on factory jobs and other work previously done by men.
--1946-1964: men come back from war, go back to their traditional jobs, and women are expected to return back to domestic life and home caring for their husbands and children. However, with women having exposure to working outside the home, a private desire to again work outside the home built privately in many women.
--1960s-1970s: during the Vietnam war, protests rage against the war and the draft, coinciding with pushes for civil rights/racial equality, gay rights, and the push for women's rights, which develops alongside everything else.
--1969-1976: New "no fault divorce" laws begin in California and spread to the rest of the United States, allowing for much easier divorce opportunities, as well as a national divorce rate that rose to 50% by 1976. Divorce rates have stayed around 50%+ ever since. More single mothers in society largely naturally lead to a greater need and push for greater career and income earning opportunities for women.
--Technological advances and other developments allow more freedom from traditional female limitations and duties, including modern tampons in 1936, the birth control pill in 1960, and legalized abortion in 1973.
--Second wave feminism begins with the 1963 publishing of the book The Feminine Mystique by Betty Friedan, and the establishment of The National Organization of Women in 1966. Also, The Equal Rights Amendment for women was approved by both houses of Congress in 1972 and set for ratification in 1979 before being eventually challenged and dropped at that time.
--Third wave feminism (or "post feminism") gains steam in the 1990s through today. A new wave of feminism develops from technological advances allowing women greater freedom and flexibility to work and juggle family duties. Such advances include cell phones, the internet, social media, and other developments allowing for flexible schedules and more women in the workplace. Technology and increased educational opportunities allow women more career opportunities and flexibility than ever before.

The Modern Battle vs. Masculinity:

New technological advances, higher divorce rates and single mothers, and societal pressures and changes have led women to adopt more traditional masculine traits. Much of this push is spurred by women desiring to support themselves without the need of support from men. To make room for these developments, feminism has also pressured men to adopt more traditionally feminine roles and approaches to life at the same time.

This push to feminize men and promote women to adopt masculine traits and approaches to life continues to this day, and is largely at odds with church doctrine. As active members of The Church of Jesus Christ of Latter Day Saints, we are not to adopt the ways of the world. Remember, "…my thoughts are not your thoughts, neither are your ways my ways, saith the Lord. For as the heavens are higher than the earth, so are my ways higher than your ways, and my thoughts than your thoughts." (Isaiah 55:8-9). In the last days, the world will be in commotion, confusion, and distortion: "Woe unto them that call evil good, and good evil; that put darkness for light, and light for darkness; that put bitter for sweet, and sweet for bitter!" (Isaiah 5:20)

Get some clarification from the modern prophets on the subject. Do not be confused or lead astray. Reread the roles assigned by The Lord and support them the best you can. Reject modern worldly views of men and women. The Family: A Proclamation to the World states: "By divine design, fathers are to preside over their families in love and righteousness and are responsible to provide the necessities of life and protection for their families. Mothers are primarily responsible for the nurture of their children. In these sacred responsibilities, fathers and mothers are obligated to help one another as equal partners. Disability, death, or other circumstances may necessitate individual adaptation".

Everyone's circumstances very, so just do the best you can to support The Lord's stance on gender and roles. The Lord has set it up a certain way to do things and commanded us to approach our roles accordingly. He knows what he is talking about. Trust him. And remember that "…neither is the man without the woman, neither the woman without the man, in the Lord" (1 Corinthians 11:11).