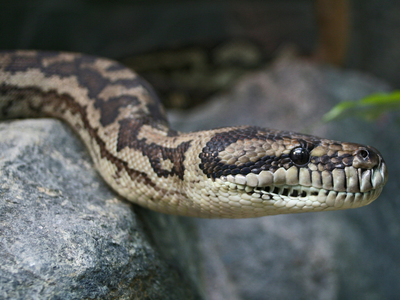 At about 10:00pm on October 1, 2017, a deranged individual named Stephen Paddock fired down thousands of rounds of gunfire from the 32nd floor of the Las Vegas Mandalay Bay Casino on the 22,000 concertgoers below. After 59 were killed and hundreds more injured, the world was left to make sense of it all. What drove him to this horrific act of bloodshed and horror? A week later at the time of the writing of this article, the answers are still not clear. As LDS church members, we understand this kind of act to be simple, pure evil, which it is.

As a psychologist, there is also another name used to describe those willing to engage in such brutality. The formal name for this condition is called "Antisocial Personality Disorder", better known in layperson terms as a person being a "sociopath" or "psychopath". Simply put, such a person is "pathological to" or "anti" the norms, laws, and ethics of society. Hence the term "antisocial", "sociopath", or "psychopath". And why study such people here on an LDS dating group or site? Simple. Because believe it or not, a small but dangerous portion of fellow LDS singles have this condition as well. I recommend avoiding dating such individuals accordingly because of the emotional or even physical damage they are capable of doing to others, especially in the dating arena. In fact, if Satan himself were to be given a psychological diagnosis, this would clearly be the most appropriate one. Hence Lucifer/Satan being called "Perdition": the fallen or lost one.

Antisocial Personality Disorder from the DSM-V is formally described as follows:

Antisocial Personality Disorder is characterized by a pattern of disregard for and violation of the rights of others, including conning others for personal profit or pleasure, physical assaults and violence, even murder. The symptoms of Antisocial Personality Disorder can vary in severity and in some ways can be thought of as a kind of highest level narcissism. Most APD individuals are not acting murderers, but most real life murders have APD. The more egregious, harmful, or dangerous APD patterns are referred to as sociopathic or psychopathic. There has been much debate as to the distinction between these descriptions. Sociopathy is chiefly characterized as something severely wrong with one's conscience; psychopathy is characterized as a complete lack of conscience regarding others. Some professionals describe people with this constellation of symptoms as "stone cold" to the rights of others. Complications of this disorder include imprisonment, drug abuse, and alcoholism. Due to their manipulative tendencies, it is difficult to tell whether they are lying or telling the truth.

Individuals with Antisocial Personality Disorder have a combination of the following symptoms:

--Disregard for society's laws
--Violation of the physical or emotional rights of others
--Lack of stability in job and home life
--Irritability and aggressiveness
--Lack of remorse
--Consistent irresponsibility
--Recklessness, impulsivity
--Deceitfulness
--A childhood history of problems, such as a diagnosis (or symptoms consistent with) conduct disorder

Implication for the dating world:

The main advice I can give the readers of this article are to beware of potential dating partners with Antisocial Personality Disorder. Such individuals are not ready for or equipped for any kind of a Christ-centered, mutually loving and respectful dating, engagement, or married life. It is not your job to rescue, fix, or save such individuals relationally or otherwise. Helping those with this condition is best left for qualified psychotherapists or even the police and prison system, lest you end up exploited and harmed. You can definitely find and choose better. Look for and find a much more loving, giving, mutually respectful and considerate partner. Keep your standards high and beware of such dangerous individuals that would hurt or violate your rights and feelings. Such is not the Lord's way. Because "…neither is the man without the woman, neither the woman without the man, in the Lord" (1 Corinthians 11:11).