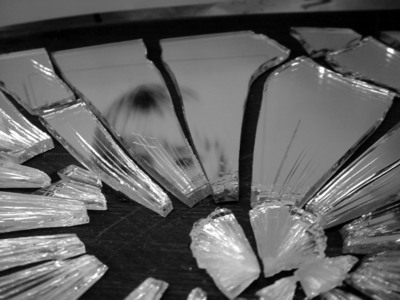 In previous articles I have reviewed the three most dangerous and difficult personality disorders a person can have: antisocial, narcissistic, and borderline. A person with traits of or a full diagnosis of any of those three conditions tend to be what we call in psychology "abusive", at worst extreme, "domestic violence offenders". Beware of people with any of those three personality disorder traits or conditions, as they do not make for healthy dating or commitment material. I suggest reading about and being familiar with all three conditions in the article archives at www.ldsdimension.com/articles. Steer clear of dating such individuals, who are by definition not ready to date or be in a committed relationship. Instead such individuals need to work on themselves in long term therapy. People with such conditions will be abusive in relationships, with the degree and intensity of the abusive traits varying with each individual. Your role is not to rescue, fix, or save such individuals. Such an unbalanced relationship usually does not work over time and is not happy.

The Google Dictionary definition of abuse is "to treat a person or animal with cruelty or violence, especially regularly or repeatedly". Specifically in psychology, we understand that abuse is generally done as a power and control tactic within a relationship to force or manipulate getting one's way. People with borderline traits usually act abusive out of paranoia and a fear of abandonment. Conversely, people with narcissistic or antisocial personality usually do so for personal gain, profit, or pleasure. However, any of those factors could motivate any abusive individual at any given time. Traits in common with most abusive people include a lack of empathy and a lack of remorse. However, such individuals can often be quite talented at acting empathetic or remorseful to achieve the desired reaction or response in another. In fact, abusive individuals tend to be quite talented at acting and being charming and charismatic in general. So do not be fooled.

About 3/4 of people with Borderline Personality Disorder are women and about 3/4 of people with Narcissistic or Antisocial Personality Disorder are men. So, either men or women can be abusive. Abusiveness with either gender can be driven by the same variety of different motivations: paranoia and fear of abandonment or personal profit, gain, or pleasure. So, the stereotype that only abusers are male or that different genders abuse for different reasons is inaccurate. It is more about the particular personality disorder a person struggles with than the gender.

What Are Abusive Tactics?

There are two main forms of abuse: 1) "physical violence": hitting, pushing, kicking, blocking, grabbing, slapping, withholding items, holding down, cornering, etc., and 2) "sexual violence": forced sexual activity without consent; sexual assault. These two tactics constitute formal "abuse". Individuals who engage in such activities are committing domestic violence, should not be in a committed relationship, and may need to be reported to the police. Getting a restraining order against such people and/or legal pressing charges may be needed as well, depending on circumstances.

More common are the still damaging, yet more subtle forms of power and control tactics, which I will review below. Beware of these abusive tactics as well:

*Using Isolation: Controlling what the other does, who they see and talk to, what they read, where they go; limiting the other's outside involvement; using jealousy to justify actions.

*Minimizing, Denying, and Blaming: Making light of abusive actions and not taking the other's concerns about it seriously; saying the abuse didn't happen; shifting responsibility for abusive behavior; saying the other person caused it.

*Using Children: Making the other feel guilty about the children; using the children to relay messages; using visitation to harass the other; threatening to take the children away.

*Using Male or Female Privilege (either way): Treating the other like a servant; making all of the big decisions; acting like "master of the castle"; being the one to define men and women's roles.

As you understand personality disorders, abuse, and abusive tactics, you are better empowered to avoid dating individuals with these kinds of problems and challenges. Most of how well a relationship goes involves the quality of the initial pick of a partner, and the rest involves the efforts made from there. Be careful with who you pick. Do not date and marry an abusive individual. Pick well, nurture your relationship and eventual marriage well, and you will find the happiness you are looking for. Because "…neither is the man without the woman, neither the woman without the man, in the Lord" (1 Corinthians 11:11).