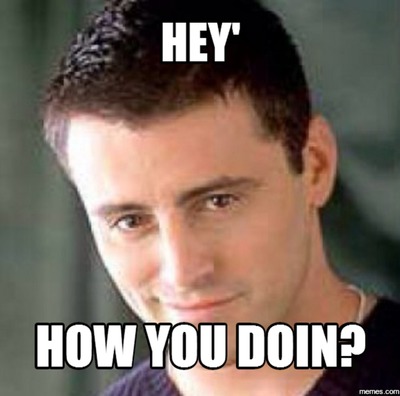 In the dating world, both in and out of the church, it can often be difficult distinguish between guys that are “players” and guys that are genuine good, nice, decent guys. Players are usually referred to as a male, although surely women can be “players” too. But for this article, I will mainly refer to guys as the players.

In the Urban Dictionary, a player is defined as follows: “Usually a boy who makes you feel special. He makes you feel like you are the only girl in his life, when really you are just one in 100. They flirt with other people, not just you. They talk to you all day, then the next day they ignore you. They send you mixed messages, and you’re not sure whether he likes you or not. You can't keep your mind off him, even though you know your nothing to him.” Another Urban Dictionary definition: “A person (usually male) who plays with women's emotions until he gets them to have feelings for him and then ends the relationship the second they do. Usually suffer from Peter Pan Syndrome because they just can't grow up and it's all a game to them.”

In other words, a “player” is disingenuous. He wants to get a girl/woman to develop feelings for him to serve his own pride or ego, along with being able to better manipulate her to get whatever he wants out of her: sex/physical affection, approval, popularity, adoration, money…whatever he is searching for. He will tell her whatever she wants to hear to get her to give him what he wants. Then, he will be quick to ignore her or dump her with minimal or no explanation. Her feelings don’t matter, just what he is hoping to get out of the situation.

Conversely, a good, genuine, nice guy will be the opposite. He will also say and do positive things to a woman to impress her. However, he desires to actually have a good, healthy, potentially committed relationship with her. He will treat her decently after she has developed feelings for him and from then on out. He will develop feelings towards her as well. In short, he will be considerate, giving, and consistent. He will want to be there for the long haul.

Distinguishing Between Players and Good Guys:

*Inconsistency: A player will be nice, charming, and attentive until he gets what he wants. Then he will often disappear or otherwise shift in other ways with little or no explanation. So, pay attention to any shifts in the other’s attitude and behavior when they realize you are not easily or immediately falling under their spell. Players don’t like being told “no”, moving slowly, or being put out or inconvenienced in any way. A player will not handle these moments well. A good guy, conversely, will show patience, consistency, and handle disappointment well.

*Physicality: Players tend to be very physically affectionate, flirty, and charming very quickly. Even sexual, even as fellow members. They are trying to stir infatuation, hormones, and feelings quickly. And a common method to do so is to be physical and possible sexual as soon as possible. As members of the church working to live the law of chastity, we know that sometimes, sexual lines can be and are crossed anyway. However, the speed and likelihood of such lines being crossed with a player is much higher. So even though this trait of physicality alone is not enough to conclude a dating partner is a player, excessive, speedy physicality is at least a big red flag.

*Hot and Cold: Players understand that creating insecurity and dependency is essential is “playing” someone and creating the desired results and effectiveness. Therefore, players will commonly rotate giving a dating prospect or partner a very “hot and cold” approach. One day they will act extremely warm, attentive, affectionate, and flirty. However, soon thereafter for no clear reason, players will commonly act cold, distant, inattentive, even ignoring or avoidant. The purpose of this withdrawal of attention by the player is to create the hurt, confusion, and dependency needed to stir strong feelings of insecurity in the other dating partner. This insecurity often has the effect of leading the recipient to feel stronger feelings of want and desire for the continued affirmation of the other. Conversely, a nice, decent guy will be far more consistent and predictable with their attention.

*Moodiness and Temper: Watch for moments when players deal with moments of stress, transition, frustration, change. During these times, it is common for the charming act of players to drop a bit or a lot. Anger, reactivity, snappiness, and an overall negative shift in demeanor are common. A good, healthier, stable guy, on the other hand, will generally handle such moments of stress and change with a great amount of control, stability, and consistency.

Reputation: An obvious concerning sign of a player is their reputation as a player. When you hear from other women that they have been “played” by someone, pay attention. When multiple, unrelated women basically say the same thing about him, pay attention, When you hear of a person being a player from someone with no clear reason personal incentive to say bad things about this person (like a grudge), pay attention. A poor reputation alone doesn’t necessarily mean someone is a player. A good reputation doesn’t necessarily mean someone is a nice, good guy. However, the correlations are often reliable, so take note. For more information on handling warnings of others, see my article on the subject: https://www.ldsdimension.com/articles/when-others-warn-184/.

Players rarely if ever make good dating partners or marriage partners. Their intentions are disingenuous and you will most likely end up hurt. I recommend that you distinguish the players from the better, more genuine dating partners with honest intentions that should treat you well. The better you can know who and what you are dealing with, the more informed you will be with you dating and marriage prospects. Just remember President Gordon B. Hinckley once counseled that marriage “will be the most important decision of your life. … Marry the right person in the right place at the right time.”

So, make your decisions carefully. Find the best, more genuine, highest quality person you can to date and marry. And also remember that “…neither is the man without the woman, neither the woman without the man, in the Lord.”—1 Corinthians 11:11.

Dr. G
P.S. If you can questions, comments, or a future article request for me, feel free to contact me at drgilchrist@yahoo.com.
P.P.S. Consider supporting the site and content on Patreon https://www.patreon.com/ldsdimension