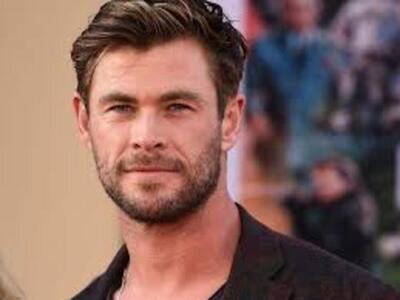 I had a very interesting conversation with a single female member of the church today in therapy. Newly single after a long marriage, she wanted to know how much she should prioritize looks in the men she is starting to meet. Specifically, she wanted me to give my opinion on, how often have I seen women “grow to be attracted to a man” after getting to know him and not being attracted at first. In other words, if she is getting to know a man that she doesn’t really feel is attractive from the start, how likely could or would that change if she grows to like his personality and character? Its an interesting question that we wrestled with a good part of the hour.

I had a client share with me a crude theoretical looks rating system that I think can be rather helpful with the physical attraction issue we are discussing here. Even though sheer looks exist on a continuum, a man’s looks can loosely be categorized by a woman into three categories: unattractive, attractive enough, or very attractive. An “attractive enough” or a “very attractive” man by definition is physically attractive enough to date and pursue a potential relationship with. An “unattractive man”…well, that’s an uphill battle. Usually, I suggest that if a woman sees a man and she can’t imagine physically kissing him, that feeling is probably going to remain even if she gets to know him—even if he’s nice, has good character, is solid in the church, etc.

“But I know of women who said they weren’t physically attracted to a man but became attracted to him later after she got to know what a good person he was.” From what I have seen, from a sheer looks perspective, the attraction is what it is for both men and women. But as he becomes more attractive as an entire person beyond his looks, she may still choose to date and maybe even marry such a man. However, in general, I don’t recommend this. I will explain why…

The Problem with Marrying a Less Attractive Man:

A man who is nice, has good character, is solid in the church, and makes a good income can seem like a good catch and in many ways he is. But when the physical attraction is low for the woman, future problems loom for such marriages. The main problem I see in individual and couples therapy with such situations is that their sex life usually suffers, which then hurts the entire relationship. In an earlier article, I reviewed some common reasons for why spouses may struggle with their libido and their sex lives. These potential reasons are explained and reviewed here: https://www.ldsdimension.com/articles/libido-problems-in-marriage-228/.

The challenge is that with most marriages, as explained in the article, libido problems can happen from numerous reasons besides and beyond physical attraction problems. Therefore, if you take the usual reasons for low libido in marriage and you add the constant problem of a lack of physical attraction on top of all of that, the chances for sexual dissatisfactory and dysfunction multiple greatly and put the entire relationship at risk. In other words, because keeping a good, healthy, mutually satisfying sex life is hard enough as it is, adding a lack of physical attraction with everything else is often too much to overcome. Yes, the phrase “attractive enough” is somewhat arbitrary, but again, if she can honestly imagine kissing a man and being into it, there is a decent chance she sees him as “attractive enough”. It isn’t a high measuring stick, but it is an important one.

Why Do Some Women Minimize His Looks in Picking a Spouse?

Life requires many things to go well. A family needs money, a spiritual leader, and ideally someone who is kind, caring, and loving. An unattractive man may possess most or even all of those other good qualities besides looking attractive enough. So many women settle and marry men may not be attracted to for access to those other positive qualities he possesses. The result: low libido and sex life problems follow when the important element of physical attraction has been settled on. An uphill battle will follow. In addition, many women learn as youth in church to look for and emphasize all of those other positive non-looks qualities, which infers that looks don’t (or shouldn’t) really matter. But to a notable degree, they do. It all matters.

Again, I would simply suggest that women look for a guy they are at least physically attracted enough to kiss. Looks matter, for both men and women (see: https://www.ldsdimension.com/articles/looks-and-money-how-important-301/ and https://www.ldsdimension.com/articles/what-women-are-physically-attracted-to-313/). Please be honest with yourself and whichever current or future men and in your life: if they don’t possess minimally attractive looks, please move on. It doesn’t make you shallow or superficial. It just means you acknowledge it all matters in different ways, and a future sex life would be important. You can find someone you fit with in general, including in the looks department. Keep up the search. And remember that “…neither is the man without the woman, neither the woman without the man, in the Lord.”—1 Corinthians 11:1.

Dr. G
P.S. If you have any questions, comments, or a future article request for me, feel free to contact me at drgilchrist@yahoo.com.