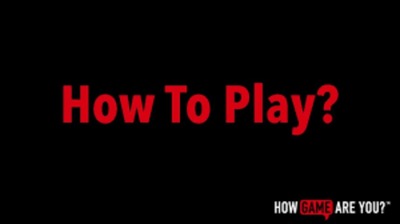 A common complaint in the dating world involves love interests playing games. This can be frustrating, confusing, and upsetting. Why would a person that is interested in you and you are interested in as well choose to play games? There are several possible reasons. First of all, some people play games to draw reactions out of the other person to reveal their interest when the other’s interest is unsure or unclear. Second, some play games as revenge for perceived slights or offenses. Third, games are played when one side is more interested than the other, so the games of the person with more interest can draw the other in more. Fourth, games may be played because the reaction created may make a person feel powerful, flattered and that they have the upper hand. Fifth, a final reason some may play games is that they themselves haven’t fully decided if they are interested in the other. So, the game playing and the reactions created in the other may help a person decide their interest one way or the other.

*Jealousy—the other flirts rather obviously around/in front of you with one or more people of the opposite sex. The other may act as if they don’t notice you there or that you are invisible. Of course, the more they are trying to seem as if they don’t notice you there, the more they are revealing they are well aware you are there. The goal of this game is to upset you and possibly get you to compete and try harder to get the other’s attention.

*Rotating Interest—this is a confusing tactic where part of the time they are around you, they seem pretty attentive, flirty, and talkative. However, at other times they give you very little attention, perhaps even acting as if they are no longer interested. Then, after a while, they will again swing back around to showing you interest. The goal of rotating interest is to try to create a little panic in you. Fear that the other may lose interest if you don’t act soon and decisively.

*Fighting Over Small Issues—another game involves the other creating or starting fights and arguments over small, even invisible supposed offenses. The squabbles go back and forth for a while until someone either shuts down or gives in and apologizes. The goal of this game is a combination of showing/exerting power and control, and well as a way to bring some spice and stimulation to the relationship if it starts to feel routine or boring. Fighting and arguing, if nothing else, is not boring.

*Frequent Complaining and Criticizing—when the other complains and criticizes a lot of the time over big and little issues. Like the last game of “fighting over small issues”, criticism and complaining brings some spice and stimulation. But it is also a way to measure the other person’s resiliency, boundary setting ability, and how they will handle the pressure of negative attention. Plus, if the issues complained about are in fact, issues the other really doesn’t like, this can be a way to try to pressure for conformity to their demands.

*Time and Space—another common game is when someone waits for extra long periods of time to call or return calls, to respond to a text, or to show up for get-togethers. The longer the time and space between a response, the more insecurity is created in the other person. In addition, taking extra time is a power play to show that supposedly that person delaying responding is not more interested in the other and hence possesses the control and power in the relationship.

Suggestions to Deal With Game Playing

The best way to deal with game playing is to 1) know why they are playing the games they are playing, and to then 2) find non-game ways at alternative times to get those needs met. When reinforcement isn’t given in response to the game playing, but instead the reinforcement is given to more direct conversation, communication, and conflict resolution, the game playing lessens or disappears altogether. So, acting like you don’t notice the game but later openly talking about the issues at hand can be effective to lessen the game.

Another alternative way to handle game playing is to be better at verbal dueling. Learn to assertively (openly) share your thoughts and opinions about the game playing (depending on the situation) and/or to use responding to criticism techniques to deflate the effect the other is trying to trigger. Good resources to learn how to respond in these ways include Your Perfect Right by Robert Alberti and Michael Emmons, as well as Tongue Fu by Sam Horn. Words can be used as verbal martial arts to defend yourself and not give the other what they want with the criticism. However, you won’t be effective at the without study and practice.

There is an old saying: don’t hate the player, hate the game. And get better at responding to the game. The more you understand what game is being played and why, the sooner and better you will be able to deflate, defuse, and disarm the game. Stop the game playing, connect with each other up front, and find the person to spend the rest of your life with and beyond. Because “…neither is the man without the woman, neither the woman without the man, in the Lord.”—1 Corinthians 11:11

P.S. If you can questions, comments, or a future article request for me, feel free to contact me at drgilchrist@yahoo.com.