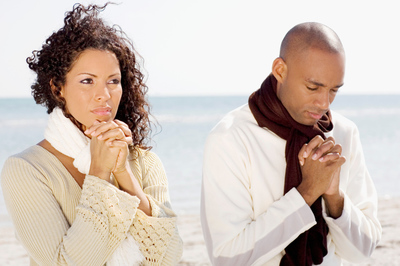 All too often I see comments like this from adult singles on social media: “I’m waiting for HF to bring me my EC”. The abbreviations are “Heavenly Father” and “Eternal Companion”. This is wrong thinking for a lot of reasons, you have to be actively engaged in your own life, the Lord isn’t bringing a spouse to your door out of the blue. Let me give you some scriptural references of how you must seek out the Lord and ask, he isn’t going to bring you something unbidden, but the spirit can guide you to the right situation if you listen.

The prophet Joseph Smith had to seek God out as a young man to get an answer. Certainly he was fore-ordained to this task, but he had agency and he could have not done the task. He had to seek out the Lord, and then follow instructions. At each step, he had to ask. He had to ask about Baptism to find out about the missing priesthood authority.

Now as Jareds party built their boats, they asked God for help. Where God knew they had no hope of coming up with a solution, he gave them the answer, such as the air holes. Where they had the ability to figure it out, such as the lighting, God required that they do it.

What does this tell us? It tells us that we cannot be passively engaged in our lives. Not only do we need to seek out God, we need to be very specific and clear in what we are asking of him. I recommend prayers in the Temple, the veil is thin and the answers tend to be clearer, but this isn’t required. Now you have to understand how to realize you are getting an answer to your prayers and it isn’t just your own wishful or negative thinking. This takes work and practice and you have to be willing to go through the time and effort to be able to do it.

Finally, you have to be open to the promptings of the spirit. Remember, you cannot pray to force behavior on someone else. That is why your EC isn’t going to just show up at your door. So while you might have been praying for a specific person, they may not have been, that means the proactive action is incumbent on you, for example: Let’s say a woman has been following what we described above. One day she feels compelled to attend a Fireside and sees a man she is inexplicably drawn to. What does she do now? Many women would sit and wait for the man to now notice her and ask her out, but this is the wrong behavior because it was her prayer and her prompting that lead her to this point in space and time. The right answer is to then approach the man and take that first step.

I have been talking about this for years, and I know it works because that is exactly how I met and married my wife.