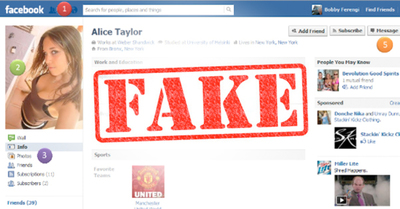 How do you more easily spot fake profiles and fake groups on Facebook? What is a fake group about? While this article is generally useful in spotting fake profiles and groups, it is written around a specific use case scenario targeting a specific religious group. In this case we are looking at the Church of Jesus Christ of Latter Day Saints (LDS or Mormons) and what some fringe groups do to try and draw faithful members in and then inundate them with a bunch of garbage.

A few years ago a tiny fringe group in the LDS church called Ordain Women. The founder was eventually kicked out of her own movement and it is comprised of about 95% non-Mormons, but they spend a tremendous amount of time trying to work the media, social media in particular, with no real clear reason of why, because if they got what they wanted, they wouldn’t go to the LDS church anyway. They will silence any serious detractors on Facebook, Twitter or anywhere else where they can control the dialog, but they’ve gone far beyond this mere passive method of controlling the message, they’ve gotten active. I know it is the Ordain Women movement because all the profiles are posting items that support their agenda or come directly from that group.

I found this by accident because of a Facebook group I manage called LDS Dating, which is for LDS Singles to meet and share dating information. I personally vet anyone that tries to join to make sure that they are single, LDS and have a profile picture. I started to notice a number of people trying to join that were all friends with each other and all members of small and not particularly active groups and were all posting the exact same anti-mormon messages on their timelines and very tiny number of friends overall, like 5-30.

So first, there was a series of what appears to be real profiles, because that had hundreds or thousands of friends and real pictures, these appear to be the people who are maintaining all the fake profiles, a sample of the ones I found were:

A vast number of the fake accounts say they work at Pluralsite or some ridiculous department of the LDS church that clearly doesn’t exist. The names are often using the last name "Stock" or some variation of church leaders, or misspelled with too many vowels in them, like “Aliice” or “KImm”. Another giveaway is when the first and last names are two first names, like "Mary Sally", this is the most common giveaway. Typically they were recently created, have almost no friends, and those friends are all one of those real profiles listed above, and then all the other fake profiles.

These profiles will almost always have a picture of a model as their profile picture, there are fairly easy to validate by downloading the picture and uploading it at https://www.tineye.com/ which will do an image search for you and tell you where it is at online, you’d be amazed at the hits.

So what the real profiles do is they create these hundreds of fake profiles each and then create bogus groups that are meant to look like serious LDS oriented groups groups like:

And they put about 10 to 1 insulting, negative or false posts about Mormons on it with that 1 post of something real, to keep from getting down. All the members of the groups are those fake profiles that are friends with each other. It’s really surreal to see these real and fake groups furiously making groups and profiles and cross posting the same information all across them. What they are trying to do is get topics to ‘trend’ on facebook, but even with the hundreds of fake profiles and groups that I’ve found, it isn’t really possible to force something to trend, they can’t generate enough fake traffic, but they keep trying, day after day, week after week.

Initially I had tried to message some of these real and fake accounts to find out their interest in joining my particular group when they seemed negatively inclined to the LDS church, not a single one of them has ever even read the messages in the 6 months I’ve been tracking this. You gotta wonder what weird psychosis leads people to spend this incredible amount of time trying to rail against a particular religious group (I have seen similar things happen with political and interest groups as well) instead of just going out and enjoying their lives and maybe do something fun, or do some service to others and make the world a better place.