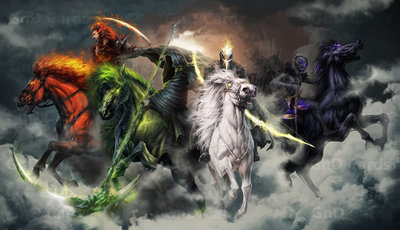 John Gottman is understood to be a world’s leading expert in marriage and marital research out of the University of Washington. For decades he has observed thousands of couples in his “love lab” where he tapes, codes, tracks, and statistically follows and makes predictions about couples based upon how they behaviorally treat each other. Dr. Gottman can predict with a high degree of accuracy which couples would eventually divorce or stay together based on styles of behavioral interactions. In short, he found that couples who had 5 or more positive interactions for every negative interaction usually stayed married and were pretty satisfied in their marriages. Conversely, couples who displayed fewer than 5 positive behavioral interactions for every 1 negative one usually divorced just a few years later, as predicted.

A) Criticism: a biting type of complaint made towards the other that includes some kind of hurtful personal attack or put down. Examples of criticism include name calling, over generalizations (“you always…”, “you never…”, “why can’t you ever…”, etc.), and other global, personal negative statements towards another. Often, criticisms can seem like “cheap shots” or “low blows”.
B) Defensiveness: a negative, self-protective reaction to criticism that commonly involves firing back a counter criticism back at the other person.
C) Contempt: a resentful inner reaction following defensiveness that usually shows itself with upset facial expressions and body language on the outside, as well as negative thoughts on the inside.
D) Stonewalling: when contempt reaches a point of overload and the spouse shuts down and withdraws from the other altogether. Tension and an icy distance follows and can continue anywhere from a few hours to a few days or even longer.

Instead of engaging in such negatives, Dr. Gottman suggests not only keeping positive interactions as common and frequent as possible, but also changing the style of negative communication to keep it more limited and productive. Basically, instead of criticizing, he recommends trying to limit negative comments to constructive “complaints” that are specific negatives and do not include a personal attack element. Then, ideally, such complaints are listened to and worked out constructively and productively with a spirit of mutual compromise, understanding, and resolution. Negativity cannot be eliminated in a marriage, but it can be contained and limited when approached carefully and more productively. When negative complaints are resolved, being positive with each other is easier to accomplish. Such effective conflict resolution maintains a spirit of mutual listening, understanding, and respect/civility. In sum, negativity is extremely powerful and dangerous to a marriage, so handle with care.

Such adjustments are highly recommended: an emphasis on positive interactions, a limiting of negativity, and a focus on constructive negativity. Marriages with these dynamics thrive, are stable, and much more satisfactory. Such dynamics give a marriage the best chance for success and create a strong foundation able to withstand the storms of life. Please approach your dating and future marital relationship based upon such models of success. Because "…neither is the man without the woman, neither the woman without the man, in the Lord" (1 Corinthians 11:11).

INFO FOR READERS--
*To submit a question for a future Q & A column or to request a possible future article subject, contact me at drgilchrist@yahoo.com.

**Do you struggle with pornography or another addictive tendency? Do you struggle with eating issues or want to lose weight? Anxiety issues? Other issues, challenges, or problems? Consider my special custom hypnosis recording service for fellow LDS members only, available worldwide by online delivery. A powerful, effective, convenient tool for change. Learn more now at www.dr-rg.com/lds or email me questions at drgilchrist@yahoo.com. Completely private and confidential.